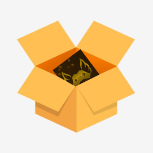 All in all, we want to see the APD move towards the more roleplay side of things, as opposed to the money grinder reputation yall have. The leniency you guys have towards situations is now much larger. Anything is suitable as long as its roleplayed properly and within the server rules 🙂
Recommended by Ryan