Ts3 the main chat app instead of discord? 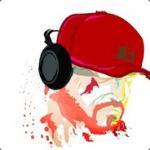 By Felix The Tool Tate,
July 21 in General Chit-Chat