petition to activate the miniguns only on armed hellcats 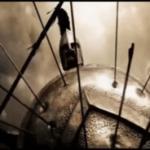 By xxdausxx,
May 2 in General Chit-Chat